Introduction
The trap cameras are used to capture wild animals in the forest, and they are generally used by the Forest Department in order to successfully monitor the wildlife, perform ecological research and indeed to take the wildlife census data. Apart from just taking the pics, these trap cameras also become quite handy for the detection of rare species, finding the estimation of population size.

The Telangana Forest Department have been invariably using the trap cameras since many years, but the challenging task was that, the individual who was using the camera would need to manually place it at one place and frequently take the data required for analysis going to that place, which in turn became quite cumbersome.

Hence they wanted to upgrade their existing trap cameras to the one which could support the 3G/4G network through the mobile data and easily get synched with the mobile phone application in the form of a mobile app. Through the mobile app, the data can be easily understood and interpreted, more importantly it can be accessed even from a farther distance.

The technology which serves as a solution for the department

The Stealth CAM GXW global cellular camera is relatively new to the wireless market and the benefit that the camera offers is that it can easily monitor the wildlife in the forest, make the forest official perform ecological research and finally it also helps them to have a complete governance over the wildlife census data much easily and of course enables them to send the crucial data to the receiver through mobile data network.

The users can also change the camera settings and upgrade to the photo transmission schedule and can even take the photo and send a photo on demand through the app. Above all, the camera  has a built-in GPS, which plots the camera’s location on Google maps, and this enables it to know exactly where the pictures are coming from. This becomes extremely important for hunting strategies. The pics generally have the resolution of 12 megapixels, and with 1080p high resolution videos with audio.

The Tangible Solution
The areas of Sathupally and Kagaznagar which are a part of the Telangana Forest Department have successfully installed the Stealth Cam GXW Wireless Camera traps in the respective areas and have been monitoring the wildlife there seamlessly. The officials have been graciously  able to access the data much more easily. 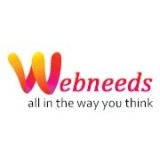